The Gym and Nutrition Thread

I go at 6 in the morning on an empty stomach then eat breakfast after gym and I’m full of energy all day. Going in the evening is to tiring for me. Everyone is different so it’s more about what is convenient for you.

Same, I went every week day before work in cambridge, i cycled there too. Much much better for your day.

Thanks for the replies @DayC @An7 @Easy

I’ll give the morning thing a try cos I’d rather be home at the same time but get up an hour and a half earlier I reckon.

Any breakfast recommendations? porridge or something?

I need to come up with some sort of diet plan - I keep spending too much money on shit dinners at work and also I’m a fat cunt so.

Haven’t weighed myself in a while but I guess i’m around 14 stone, i’m like 5 ft 4 with a 20 inch schlong or something.

I estimate I need to eat about 1950 calories a day to maintain weight but I want to lose it obviously.

Can anybody make some recommendations?

At the minute I have a metric fuck tonne of pasta, rice and chicken in. but think I need to cut some carbs out of my diet if I want to lose weight cos I don’t feel full from them at all.

Initially I wanted to eat less but i’ve ended up eating a little bit more and just changing my diet. The cardio has made me feel so much better in myself, I was so unfit but i’m getting there.

I can’t just go to Gym and do same stuff over and over i’d rather work the body with sports. At the minute i’m investing a lot of time into golf trying to get my handicap down while playing footy twice to 3 times a week. Keeping in shape though i do eat some amount of shit throughout work so could be a lot healthier which i plan to change!

Best be crazy golf lad or it doesn’t count.

It’s not for me at all, i’m going to buy a bike this summer and get pedalling.

I just don’t enjoy excercise what so ever unless it’s cycling / swimming!

So I just found this thread and actually, it might do me some good to post here. Me and a few friends over the last couple of days have set a challenge to lose 10% of our body weight. (1st one to do it wins some cash.)

I need to cut down from 263.55 lbs (26lbs to lose for the challenge) but reasonably I want to be down to 210-220 lbs at a minimum. I need to change diet, I need to do exercise (I have a full gym membership with swimming access). I just don’t know where to begin. I find working out by myself is a chore. Now, before you say ‘go with your friends’ the issue is they are 120 miles away. How do I get into the mental zone of challenging myself?

Any tips of clearing that hurdle of ‘working out is a chore’ mentality and also any working out tips. I’m guessing I will be focusing on cardio work mainly for the first few weeks for fat burning / getting the body working again, then look at introducing lifting exercises?

I start back at the gym tomorrow at 10am. Any help/tips/support from you guys will be greatly appreciated.

The gym was never for me, I could never find that drive to challenge myself and push myself further, but for me the issue was always people being around when I was working out, I just really didn’t like that. I know no one gave a shit about what I was doing in the gym, but I always felt ridiculously pressured about looking like a twat. Stupid but just the way it is for me. Anyway, I used to run of a night when no one was around, I’d set up a shit ton of different playlists and just whack one of those on, there was always something really quite relaxing about running around in the dark with no one about and awesome music going, was especially good of a winter because you’re either running to stay warm or the rain will cool you down.

My drive when I did run (I should really get back into it) came from signing up to a 10k, not being able to run whatsoever, and just practicing. Music made it so much more enjoyable, and not being boiling hot as your were outside helped a lot. I also signed up to Tough Mudder in September and that forced me into the gym because fuck running 12 miles without any training. I hated every moment in the gym, but it got me where I needed to be. I guess I just wanted to know I’d be able to finish the run / obstacle course, even though there was some obstacles I couldn’t do in Tough Mudder because I was so broken, I still got around all 12 miles of it, and there’s so much satisfaction at the end of that, all that work you put in really does feel worth it. So yeah, charity runs and shit like that can be a good way to motivate yourself.

I know all of the above may be a little specific to me, but thought I’d share what motivated me anyway.

Good luck to you. Just a little pointer. Weight/fat is not lost in the gym but in your diet. Read up on TDEE, go the website below and enter your details, learn how to count calories and eat 500cals per day less than what that site says your TDEE is.Going to the gym will accelerate your weight loss only if you are in a calorie defecit. 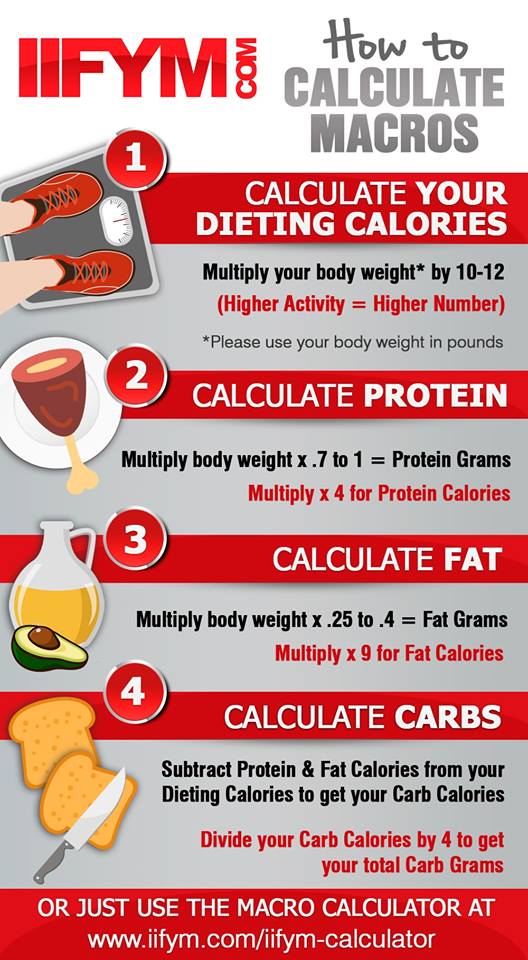 IIFYM Macro Calculator - The Most Accurate Method For Figuring Our Your Specific...

Lose the most amount of weight in the least amount of time with the worlds most accurate macro calculator.

FMP has it, bang on.

Let me know if you or anyone has any questions, or even wants to train if you’re local.

I am training a guy in his early/mid 40’s at the mo using Dorian Yates Blood and Guts. He says he is in better shape than any time in his life. We spent 12 weeks doing compound lifts only to prepare and learn form.

When he started he could get 60kg up on deads, at the start of a deadlift only session.

Good luck to you. Just a little pointer. Weight/fat is not lost in the gym but in your diet. Read up on TDEE, go the website below and enter your details, learn how to count calories and eat 500cals per day less than what that site says your TDEE is.Going to the gym will accelerate your weight loss only if you are in a calorie defecit.

Thanks for this, really easy benchmark to measure my calorie intake against.

Lets use this thread again, get us going.

I am working on making my body more useful and less clunky by doing a lot more cardio and functional training with kettlebells and stretching.

Whatever muscle it is i have pulled in my back is absolutely murdering me, feels like I’m being winded if i twist funny. So aggravating as I’m loving the gym atm.

My diet is now 10/10, i cant recommend this site enough, it lets you hit macros super easily and even generates a shopping list if you use the premium. You can customize what you want to eat and covers varies intolerance and allergies. Lets me eat way more than i thought I could and means I’m actually getting over 150g of protein a day as a Vege.

Eat This Much, your personal diet assistant

Going to bump this again, hows it going for everyone?

About to start training for tough mudder which should be interesting!

Enjoyed the last one and even more pumped for this one as its in the summer!

im feeling good and training hard, hope to keep on the same track.

Yes lads, keep it up! I’m doing alright myself. I’m really enjoying the exercise routine that I’m in (5/3/1 with a couple days HIIT cardio), slowly seeing lifting numbers go up some more, but right now I’ve plateaued with my weight gain at about 10 stone 7, right now my goal weight is 11.5 stone. Just started fatty breakfast shakes to bump up the calories so hopefully I’ll fill out soon!

Sitting at about 198lbs.

Numbers have gone up

All in all my main improvement has been on the bench. I really used to struggle to do 60kg for 2 or 3 reps but now it is my warmup set which feels good. Have neglected the Overhead press hence the shit numbers. Squats and deadlifts have seen small but stead progress. Hoping to hit 140kg deadlift and squat by the end of summer. Would also like to build up to a 75kg x 5 bench but we shall see how it goes.